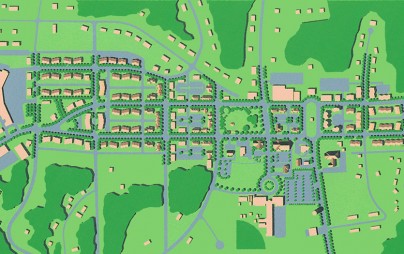 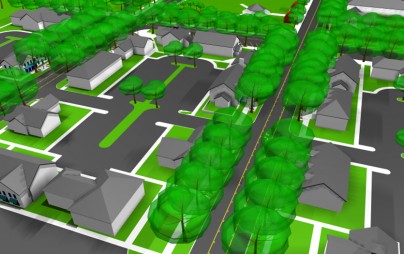 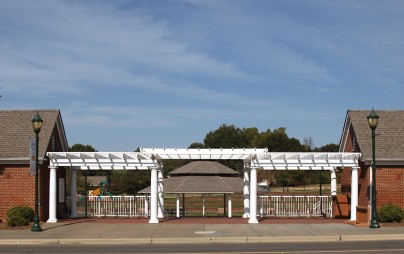 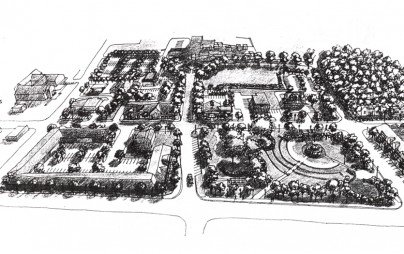 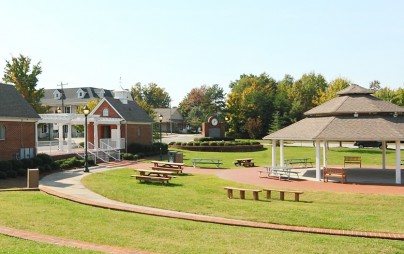 Today, it is all too common for towns to serve as bedroom communities to nearby cities. While Lewisville is one of these, it also has an identity all its own. Walter Robbs was asked to design a Master Plan that not only enlarged its character but also preserved it.

To dissuade the NC DOT from constructing a five-lane road through the center of town, our team prepared a comprehensive report that proposed the creation of paired one-way streets with a one-block separation that framed a
half-mile long pedestrian friendly town center. We included form based land use regulations to reinforce the pedestrian character and to establish build-to lines for all new construction near the pedestrian sidewalks. Ultimately, the Downtown Master Plan we conceived was approved and construction began on the new community-focused town center and, eventually, the adjacent Town Hall, re-invigorating the downtown and helping to secure its identity for the future. 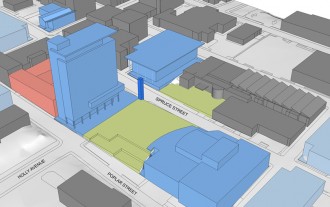 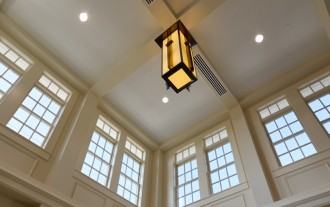